All you need to know about WIX

In the world of web development services, a brand little know, as Wix has slowly gained its pace and proving to be one of the important cloud web developers. It is a freemium based application that users have to pay for premium services like building an optimized website and plugins.

Its journey began in a small neighborhood of Tel Aviv, Israel by three web developers Avishai Abrahami, Nadav Abrahami and Giora Kaplan in 2006. In 2007, it started its beta phase using the Adobe Flash Technology and seeing its success it attracted investors like Dag Ventures, Benchmark, Mangrove Capitals. 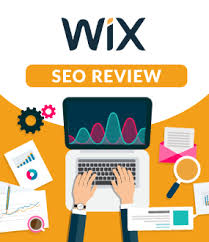 These companies took the responsibilities of handling the financial structure of Wix and thus allowing it to use newer technology and improve the business model and making it more efficient. In 2010 Wix again broke its own record when the company was successful in gaining 3.5 million users this resulted in the previous investors pumping about 10 million $. The next year it was successful to attract 8.5 million users. A number of investors saw its potential and investors thus making the total funding of 61 million $ to date.

Wix was not only successful in attracting investors but it was also successful in recruiting newer techies which resulted in using the latest technologies in the work process. It made its first business in any sort of social media platform when it launched its Facebook store module, which enabled users to integrate websites and Facebook like adding Facebook Pixel. It was good for especially for handling traffic from Facebook and Websites with more ease.

Another important change made by Wix is replacing the Adobe Flash Technology and replacing with HTML 5 that helped it build more visually attractive, responsive and efficient websites. Later it also gave developers to build their own web application and sell to the users of Wix via Wix store. These are called Software Development Kit that is freely available.

Later in 2014, it developed WixHive API, a software which allows users to freely exchange data like contact number, messages and other personal information with other applications that is installed on the same website.

Wix saw its potential to grow in the mobile business in the form of applications or apps and their decision to purchase Appixia was a testimony of it. As it was successful in acquiring it in 2014, it was responsible for helping eCommerce sites take their business in the mobile platform by building customized mobile apps for business. Later the year it acquired Open Rest, a renowned software company responsible for developing the online ordering systems in restaurants and fast-food chains.

Apart from acquiring other product and services companies, it was successful in launching its own services like Wix Hotels, Wix  Music and Wix Restaurant.